Notes :
(1) George Denscombe suggests the steam loco used was likely to be 48773 as this operated on the line for much of the Summer 1993 season and this is confirmed (for the return leg at least) by Stuart Warr via photographic evidence. 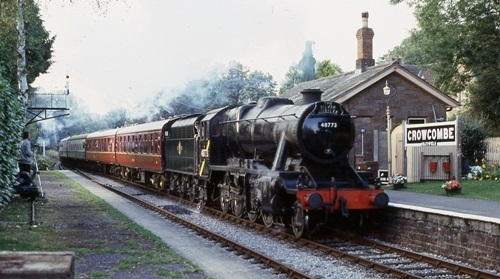 48773 is seen working through Crowcombe Heathfield on the return leg
(photo: Stuart Warr)