Notes :
(1) Gordon Jakes comments: The return routing and timings were complicated because the route of the train was altered after the printing of the timetable included in the Souvenir Information Wallet. The route from Hellifield to Blackburn was closed to loco-hauled trains due to underbridge problems at Horrocksford. Consequently the CME was diverted to Blackburn Foster Square where 60532 was detached and 47715 took over.  The information given to passengers stated the outward times were not altered....but they were different between the timing sheet and the explanation letter (hence both sets are included for reference). No scheduled timings were provided for the section of route from Bradford to Crewe. Passengers who joined at Wigan North Western had to leave the train at Crewe and return home to Wigan on the 19.53 departure from Crewe (18.55 Birmingham New Street to Glasgow Central), arriving 20.23 at Wigan North Western, tour tickets being valid for this journey.
(2) Alex Cunningham comments: An unspectacular but competent ascent to Ais Gill; passed 4498 'Sir Nigel Gresley' coming downhill with the Pilkington rake in the Mallerstang Valley - when last did two LNER Pacifics pass one another at speed on long express trains? Was anyone in the right place at the right time to photograph these two giants of steam in full flight simultaneously?  47715 'Haymarket' took over at Bradford, now in NSE colours, but still bringing back memories of Edinburgh-Glasgow push-pulls. Looped just below Standedge Tunnel for a 158 bound for Manchester Airport to pass. Arrived Crewe 19:40, and darkness was falling as the Cumbrian Mountain Express headed south while I waited a service train north. 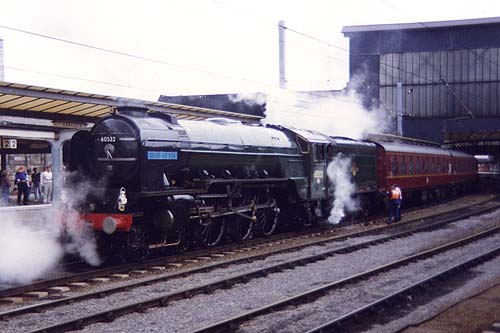 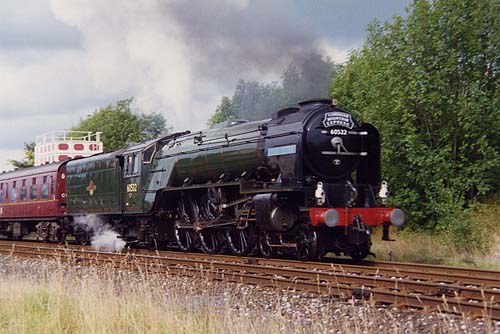 60532 performs a photo/video run-past at Appleby. 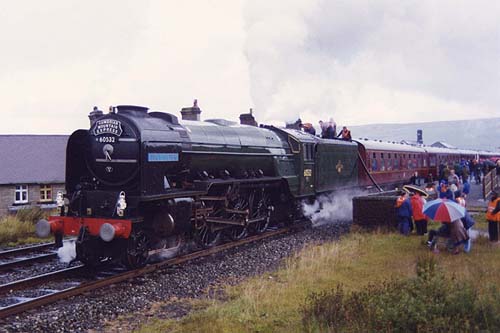 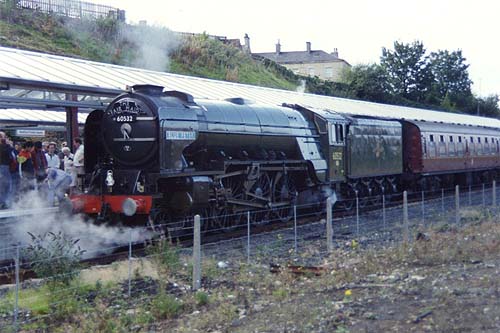 Timings (Booked Only)
(from Gordon Jakes)