Notes :
(1) 37051 on rear.
(2) 37069 on rear.
(3) Due to traverse the Deanside Transit branch but didn't.
(4) Reversal point also given as Portobello Up Freight & Leith Branch Jn - it is believed all basically refer to the same location...whatever the case, the reversal was made in the sidings opposite Craigentinny depot.
(5) Alan Vickers comments : The tour was running late and the option was given to bail out at Drem to catch the unit (305502) into Edinburgh so as to not lose to much valuable drinking time !!! The tour went into Drem Up Goods Loop and waited for the next North Berwick service to go past (308136?) The tour then went to North Berwick and then returned to Edinburgh with 37069
(6) The 56's were swapped for the 58's that were used on Hertfordshire tour the same day, though one of them (58037) had failed so 58003 was substituted.

Source : Andrew Wilson (joined at Derby/left at Sheffield but not on the train between Drem and Edinburgh)
Duncan Jennings (joined/left the train at Cheltenham Spa), Steve Cassidy, Glyn Thomas & Alan Vickers 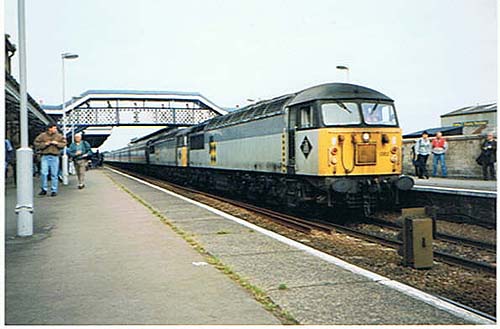 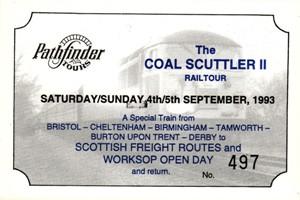