Notes :
(1) Alex Cunningham comments : Dawn patrol to Wigan electric hauled then Cumbrian Mountain Express back to Carlisle via Shap; change to steam at Carlisle - a scorching performance with 46229 'Duchess of Hamilton' - Ormside to Ais Gill pass to pass in just 16 minutes 14 seconds, a new record for steam traction with 12 coaches over this uphill stretch - average speed 56.4mph, with driver Grierson, and Paul Kane on the shovel.  Didn't tackle Wilpshire Bank today - instead went by way of Skipton & Keighley to Bradford Forster Square where class 47531 "Respite" backed on, in RES colours.  Went via Normanton, Wakefield, Healey Mills, Mirfield.  A laboured climb towards Standedge; 20mph through Huddersfield; down to 15 by Slaithwaite; 12mph at Marsden where the train was looped to allow a 158 to overtake.  Eventually reached Crewe and returned to Carlisle on an Inter-City Holidaymaker Torquay to Glasgow service.
(2) Originally uploaded as 47775 in error (47531 was renumbered to 47775 at a later date).
(3) Route confirmation required. 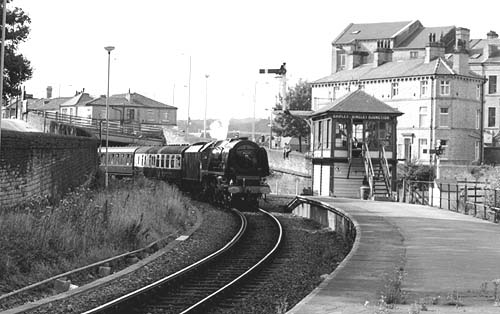 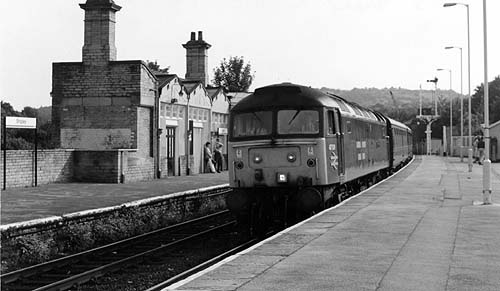