Notes :
(1) Andrew Wilson, Ian Loveday & Pete Drury all independently confirm that 58030 failed near Willington Power Station (some reports suggested it failed at Birmingham New Street). Pete Drury adds: I remember the train stopping approaching Clay Mills LC (about 3.5 miles after Willington) and Dave Jones comments: I think it likely that the failure occurred in the Willington area; my records have us standing at Signal DY188 from 06.37 to 06.50
(2) 37174 on rear.
(3) 37191 on rear. 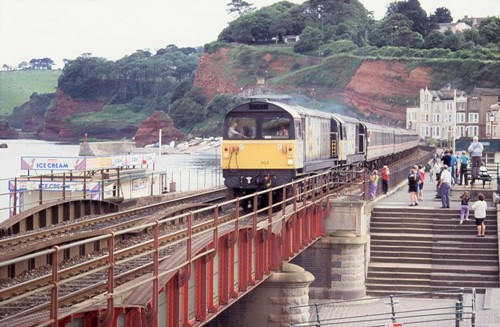