Notes :
(1) Nigel Benning comments: As I needed the North Wales Line out to Holyhead and the Blaenau Ffestiniog and Llandudno branches, I opted for this tour on a 125. It cleared a few miles in the Bakers Bible, but later trips to Holyhead by 37's and a Deltic have provided greater pleasure. I joined the tour from my former home station of Wellingborough at the very sociable hour of 8:45. Not a lot can be said about the tour as it ran more or less to time during the day and nothing untoward happened (as far as I can remember). I believe that this was the first time however that a 125 had been to Blaenau Ffestiniog, and on arrival the train posed alongside a steam locomotive from the Ffestiniog Railway. My arrival back at Wellingborough was again at a sociable hour, at 20:24 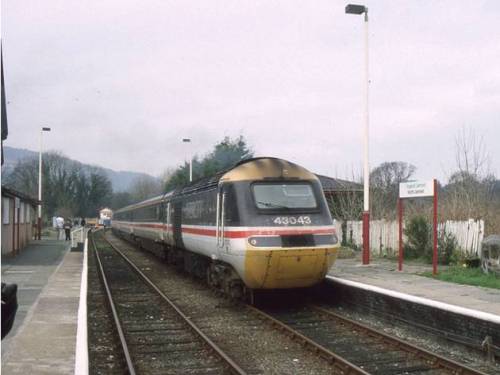