Notes :
(1) Jim Porter comments: outward bound we made an unscheduled stop at Bicester North to let mainline passenger services through. Leaving Stratford-upon-Avon on the return journey the track had a slight incline and frost had settled on the rails.  Britannia could not get traction to get started and the crew were not allowed to use sand. After many unsuccessful attempts we finally got moving one hour and ten minutes behind schedule which we never managed to make up. Father Christmas left the train at Banbury.

Source : Jim Porter (on the train throughout) 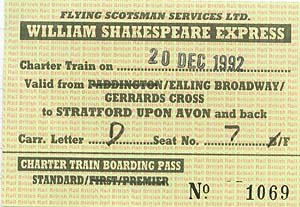 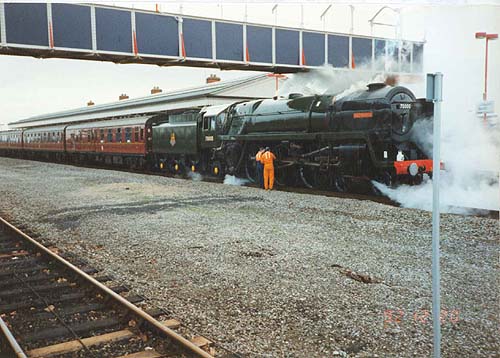 70000 'Britannia' during the unscheduled stop at Bicester North.

Timings (Booked Only)
(from Jim Porter)