Notes :
(1) TRUST timings suggest the booked route was direct from Bushbury Jn to Portobello Jn, not via Wolverhampton as happened.
(2) Route not confirmed but believed direct via Dudley Port as only took 19mins according to TRUST and that included 3mins of allocated delay due to a 20mph over the Dixon Street bridge due to it having been hit by a road vehicle. 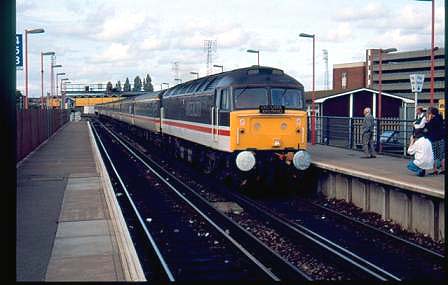 47820 pulls into Poole with the stock for the return leg.
(photo: Derek Thompson)