Notes :
(1) Seen at Honiton on the outward hauled by 34027 (carrying an 'Atlantic Coast Express' headboard) and near Feniton on the return hauled by 777. Reported to have been the first main line tour with steam in daylight on the Southern since 1967 (confirmation required). Believed to have been part of a Network SouthEast gala weekend activities. 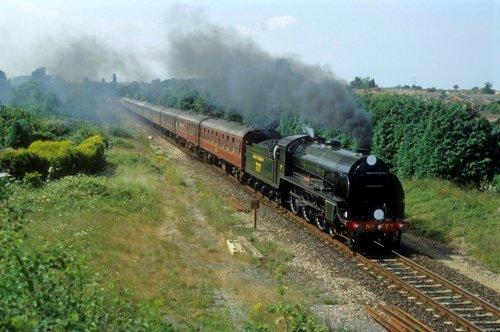