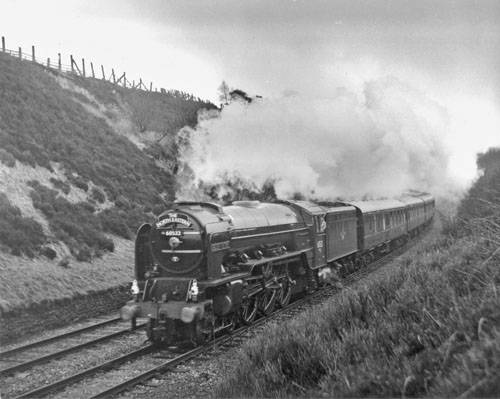 60532 is seen departing Dent towards Cowgill (photo: Richard W. Jones)
Note: Mike Slassor suspects this photo may in fact be of the 'North Eastern'
tour which ran on March 7th 1992 - this appearing to be the cutting to the
north of Dent with the train heading north, not south...can anyone confirm?

Timings (Booked Only)
(from Mike Slassor)