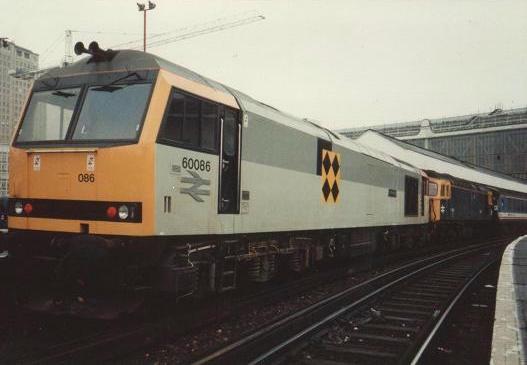 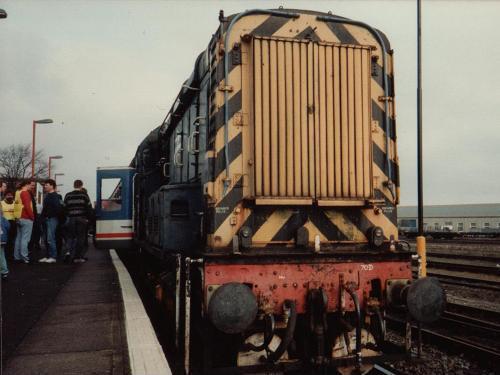 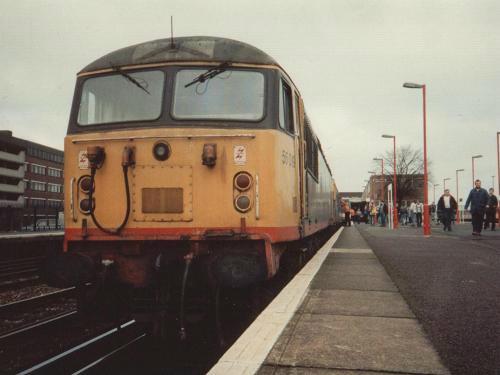 LASERman comments: Booked movement of stock was 19.35 ECS Waterloo – Old Oak Common via Kingston loop and ran as special as far as Clapham Junction [P3] before going to Old Oak Common. Had to get off at Clapham Jn. to head to work for 21.00 start. Train was late waiting for locomotive to arrive (from Hither Green I recall). Arrived about 19.50 then further delay finding a guard with route knowledge.