Notes :
(1) Visitors to Southport Transport Museum during the break there were able to travel behind 24081 which operated a two coach "special" working for tour visitors.
(2) There were problems with 45107 a mile West of Edale (milepost 170) - the train got going after 2½ hours with arrival at Sheffield 2h 50m late, 31443 having been called up as assisting engine. Originally due to go via Tinsley Yard from Sheffield but route amended due to late running. 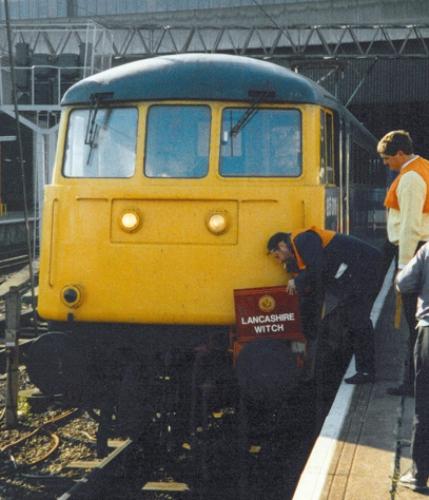 The headboard being fitted to 85011 at Euston (photo: Nick Blyth) 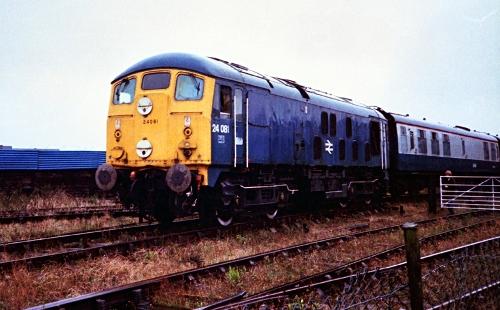 24081 on the special working at Southport Museum (photo: Nick Blyth) 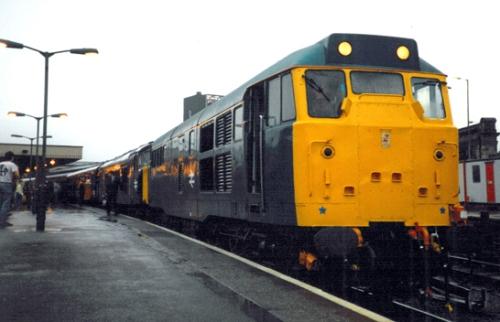 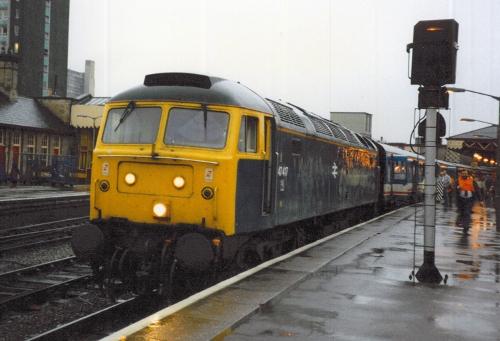 47417 on the other end of the train for the journey home (photo: Paul Blyth)