Notes :
(1) Gordon Jakes comments: Upon arrival at Dorridge in platform 3 (heading southbound), 34092 had to set forward so as to position its tender beneath the overbridge south of the station, from which it was watered. Upon completion of watering the engine and train set back behind the platform 3 starting signal ready to depart southwards again. 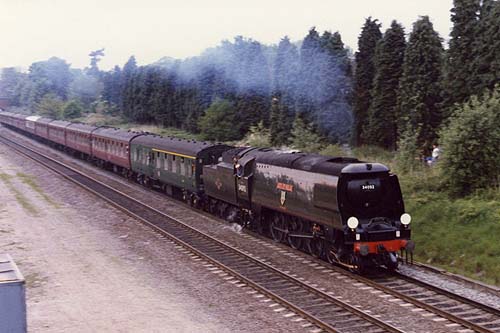 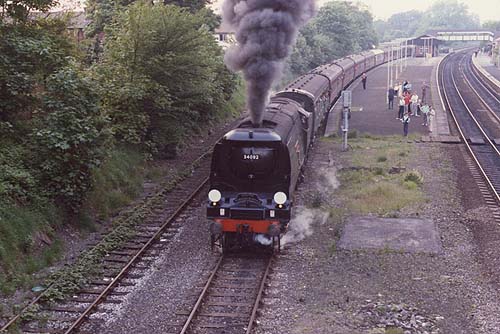 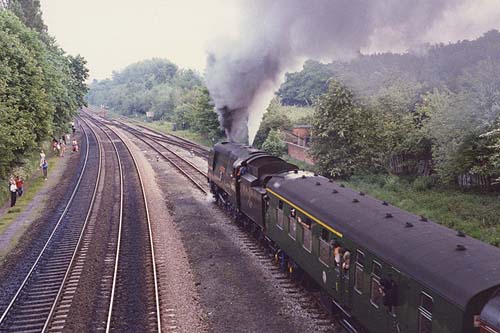