InterCity
(in conjunction with Hertfordshire Railtours)
The Esk Valley and Whitby (125 Special)
(125 Special No.5)

Notes :
(1) Howard Parker comments: The late departure from Leicester was announced as being due to a signal failure at Bedford. I recorded the outward crew change at Thornaby, not Middlesbrough as booked. 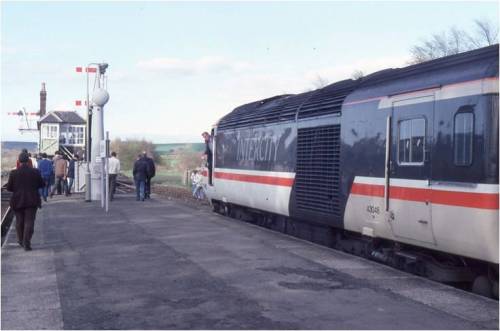 43046 at Battersby on the return leg (photo: Howard Parker)