This was my first railtour for a couple of years (getting a qualification at Coventry Polytechnic having taken priority since 1982) and it was also my first outing with Hertfordshire Railtours. Starting from Milton Keynes the tour employed a rake of mark 1 coaches which was normally used on the commuter services from Northampton to Euston (the "Cobblers"). Indeed, the tour was run jointly by Hertfordshire Railtours and Network SouthEast (Area Manager, Watford).

86404 took us to Willesden yard where 50042 'Triumph' took over for the run along the WR to Cardiff Central. At Cardiff we lost the 50 in favour of 37427. We took the mainline to Bridgend and shortly after we took the freight line to Maesteg. At Tondu Middle Junction we stopped to have 37162 attached to the rear of the train. We got as far as Llynfi Junction and, during the 15 minute stop, were allowed off the train to take photos. 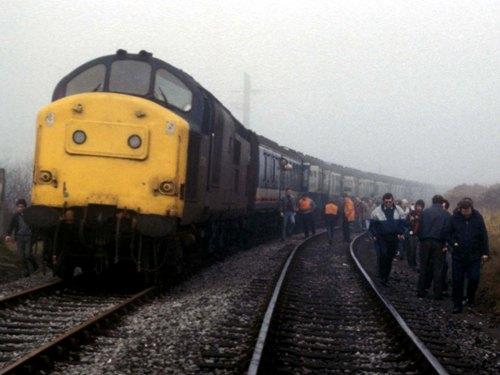 37162 now led the train onward towards Swansea, though only as far as Briton Ferry where we took the freight line towards Morlais Junction. e continued to Clydach-on-Tawe where another photo-stop was taken. I recall some of the stops were however taken in thick fog! 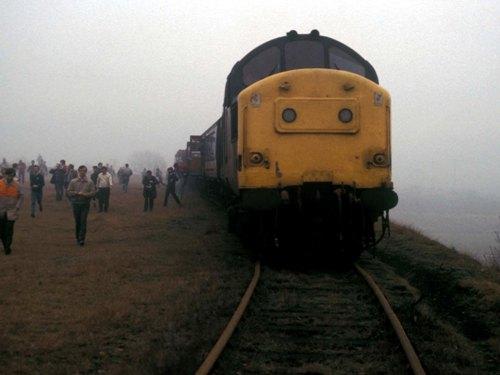 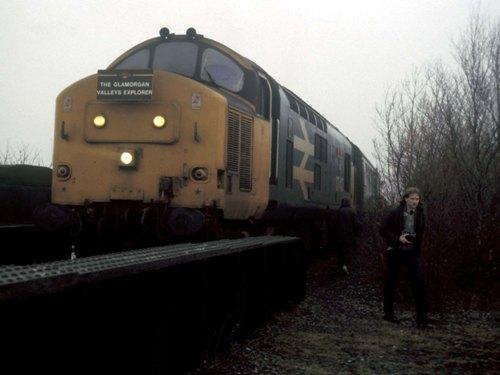 With 37427 leading we retraced our steps as far as Jersey Marine North Junction where we curved off and continued to Swansea East Coal Depot, but we were not allowed off this time and we soon reversed to take the line to Onllywn. For me this was the days highlight - I was in a compartment in the leading coach behind 37162 and the thrash was quite superb. At Bleanant we slowed to exchange tokens and then slipped very nearly to a stand on the wet rails! Some good driving however got us moving again (no doubt also with some assistance of 37427 on the rear). I remember that one of the other passengers in my compo managed to sleep right through the thrash...his mate's commented he was only really on for this stretch, but none of them woke him until after we were free-wheeling back down the grade!

It was dark by the time we got to Onllwyn but still a chance to get off - not much to see though I recall.

Although we had been on time earlier in the day, along the way we had lost some time and, to catch some back, we reversed at Burrows Sidings rather than East Depot as booked. Here we lost 37162 and 37427 ran round to the other end of the train. Our route homeward was via the curve to Dynevor Junction thence the reverse of our outward route all the way to Milton Keynes. 37427 handed back to 50042 at Cardiff and, in turn, the 50 gave the tour back to 86404 at Willesden for the last few miles home. Further time was lost en-route from Cardiff, resulting in a 42 minute late arrival at Milton Keynes.