Pathfinder Tours
The Son of Skirl

Notes :
(1) Plus 97251 ETHEL2 in tow to provide ETS.
(2) The run behind 2005 was a private charter available only to passengers on this tour.
(3) Mike Dalgleish comments that had been a rumour that 40122 might have worked out of Glasgow Central, but in the event it didn't happen.
(4) Passengers travelled between Manchester Victoria & Southport on another railtour, hauled by 4472 'Flying Scotsman'. It is understood that the tour stock was worked ECS from Manchester Victoria to Southport.
(5) Propelling move.
(6) Originally uploaded as reversing at Saltney Jn and being propelled by the 20s to Chester North Jn.
(7) 20104 failed at Penkridge. 20052 dragged the train to Bescot where the replacement 20's took over. 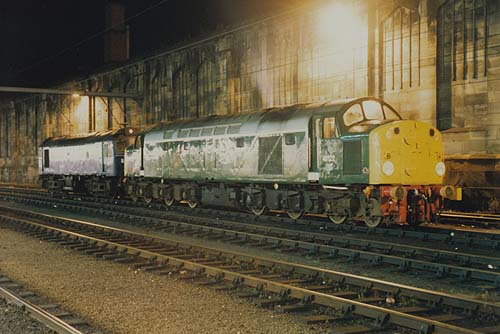 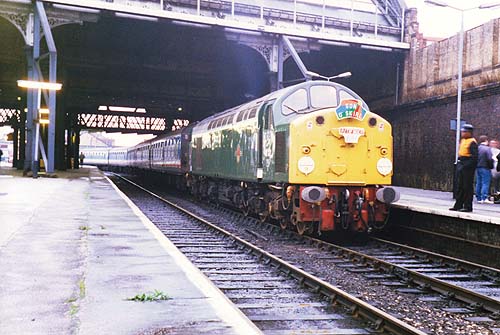 D200/40122 on arrival back at Manchester Victoria (photo: Mike Dalgleish) 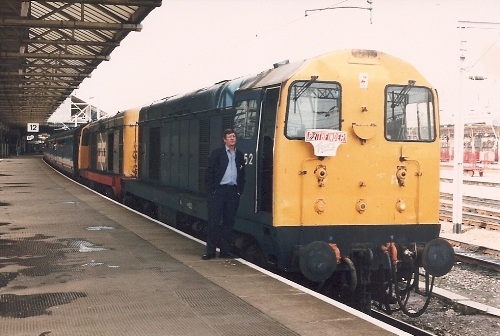 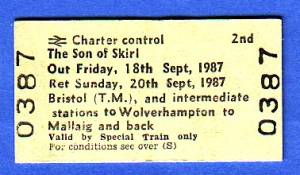