Notes:
(1) Howard Parker comments: The main train ran as stated above. Passengers from Burton on Trent, Long Eaton and Derby travelled by service trains to Chesterfield for the outward journey and returned from there in the evening by special train, which it is assumed (from the quoted times) ran via the Erewash Valley line to Long Eaton, then on to Derby and Burton. British Rail produced a very comprehensive leaflet for passengers with information both for rail enthusiasts and normals. It was suggested that this would probably be the last time that a class 45 would visit Edinburgh as several of the class were already withdrawn. Locos on the Edinburgh to Glasgow Queen Street push-pull services were 47701, 47705, 47707 and 47710. 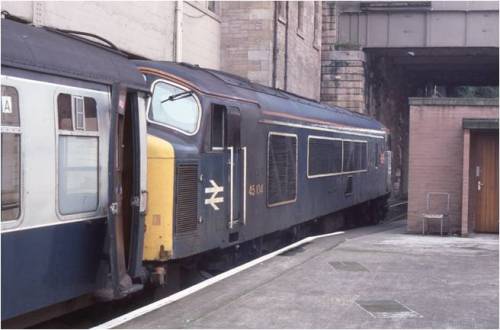 Sources : Howard Parker (on the train throughout)