Notes:
(1) Tour originally promoted by the Deltic Preservation Society, but run by Hertfordshire Rail Tours in the end.
(2) Route taken from timing sheet but Nick Lawford confirms the route from taken Wembley Central on the outward leg is as given above. 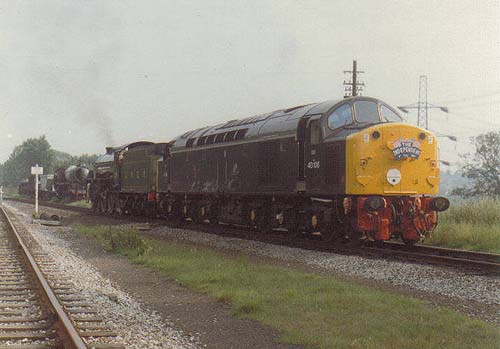 All distances, in miles and chains (M & C), are taken from the tour booklet. No attempt has been made to verify the mileages given.