Notes :
(1) 45062 failed. This was the locos last working, withdrawal following almost straight away.
(2) plus 45062 dead-in-tow.
(3) Guy Vincent comments: 45062 left Euston 7 minutes late at 11.01hrs. It failed approaching South Kenton station and the train stopped just short of the south end of the platform at 11.12. 31305 was sent from, I believe Watford Junction and it attached to the front of the Peak and the train got underway at 11.55. A short stop was made at Watford Junction and the class 45 was then able to provide limited power, but eventually failed completely near Hanslope (close to MP57) at 13.14hrs where a further delay was incurred. 31305 then worked forward to Birmingham New Street where both locos were replaced by 45128.
(4) Confirmation required - did the tour run via Weedon or Northampton?

Sources : Guy Vincent & Kevin Gaylard (both on the train throughout) 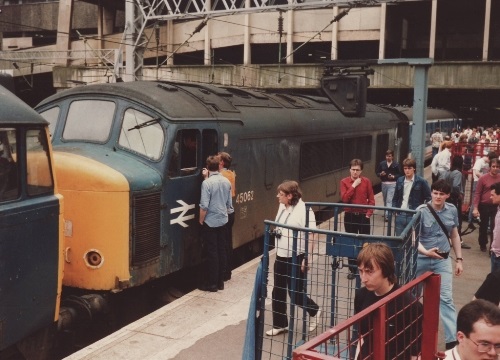 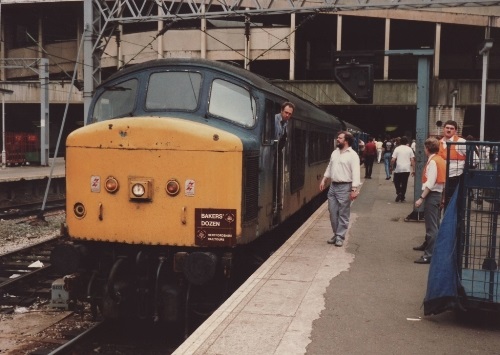