Notes :
(1) booked to go to Nantyffyllon but missed out due to late running (caused by excessive wheelslip on the climb from Blaenant).
(2) Andrew Phillips comments: On the Blaengarw line, if I remember rightly, the tour was due to reverse at Pontycymmer loop but as we had already lost the Maesteg branch, it ran to the very end of the line about half a mile further up the valley to a path crossing at Gavreg. The line continued further but the track had already been lifted (I think that section was owned by the NCB), and the end was marked by a sleeper across the line.
(3) Booked to Ogmore Vale but stopped at Caedu LC, reason not known.

Tour was originally advertised to cover the Fords Siding at Bridgend as well, but this had to be omitted from the final tour due to to time constraints. 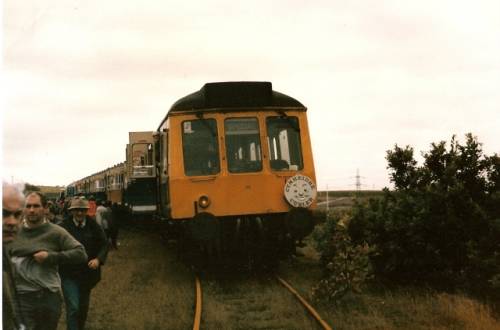 The DMU seen during a photo-stop on the Clydach Branch (photo: Andrew Phillips) 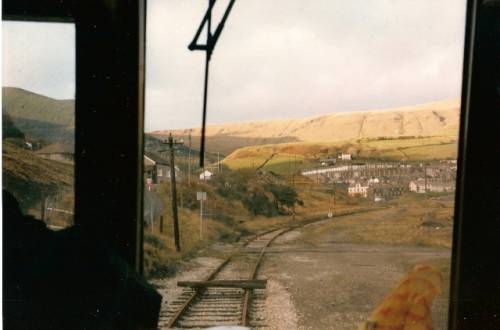 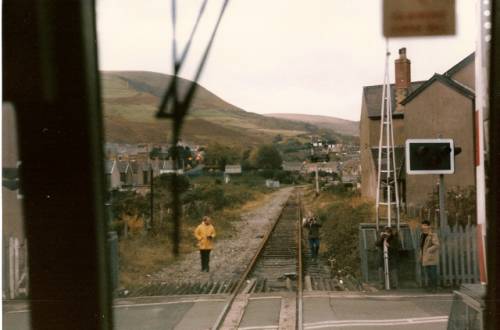 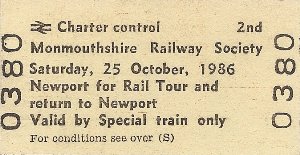