Notes :
(1) Alan Grange comments: 'Peak' 45116 left St. Pancras at 07.10 and arrived on time at Sheffield where 53809 took over for the journey via Leeds and Keighley to Carnforth. We lost time with our water stop at Long Preston and arrived at Carnforth 40 minutes late at 15.35. On the return journey we lost time steadily and were 60 minutes late on departure from Leeds. 53809 was supposed to take us on to Sheffield, but perhaps due to the situation 45116 was to do the honours, but a crew could not be found and 47476 was substituted. By the time we had made our scheduled drop off stops at Leicester, Kettering, Bedford and St. Albans we arrived back at St. Pancras at 01.52 - 62 minutes late. With a departure at 07.10 and scheduled return to London at 00.50 it was a long day by any standards, but it was great to be able to support steam on the mainline and here we are 23 years later still with the most steam on any system in the world. Long may it continue!!
(2) Route confirmation required, the return leg shown is the booked route. 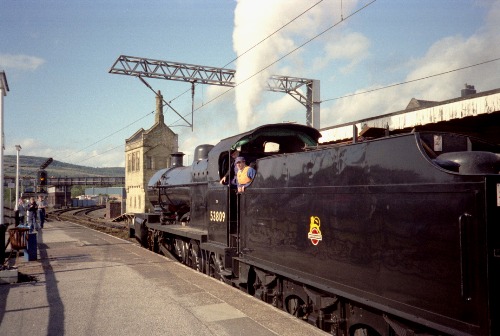 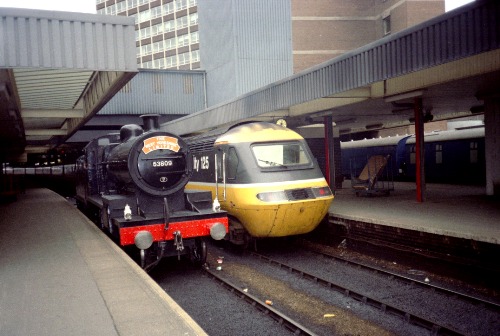