Gordon Lacy comments: "Someone in 'high authority', on being told that 300+ Brits were arriving for a railtour throughout the Netherlands, went into full 'panic' mode, cancelled all Railway Police leave & ordered their presence in each coach & at each location in an attempt to 'control violent & unruly behaviour' and prevent 'rioting'!  After the first couple of hours, the Police were enjoying the company of the tour's occupants and went on to fully commend our behaviour to the NS hierarchy.  Most got fed up with nothing to do and got off and went home.  I was told later that some had even made formal complaints to their bosses!"  All in all, a fabulously organised railtour with attention to detail second to none!" 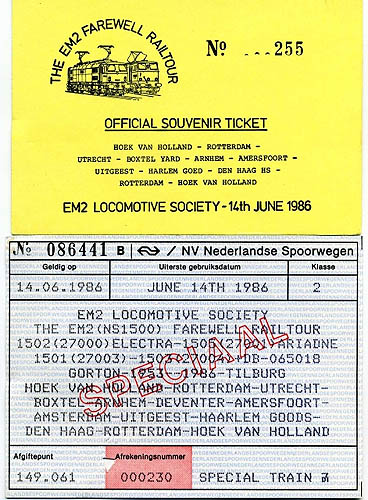 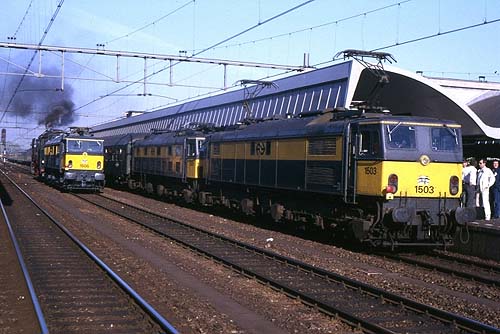 The scene at Rotterdam CS in the morning as 65018 drags 1505 through the
station to haul the next leg of the railtour, with 1503 + 1501 (DIT) posing
for the cameras, before departing L/E to Boxtel Yard (photo: Gordon Lacy) 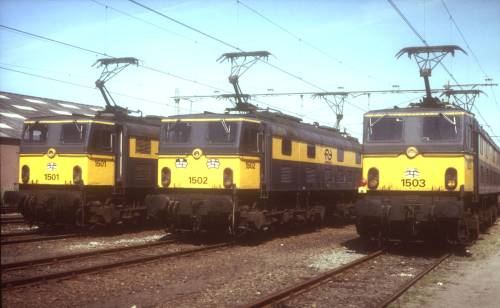 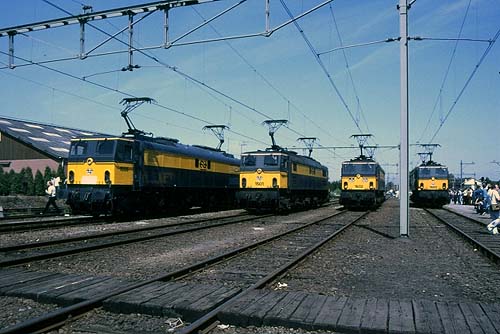 ...another view of the line-up, showing all EM2's used (photo: Gordon Lacy)