Notes :
(1) Route confirmation required Brighton – London Victoria. Alan Holmewood has photos of the tour at Crowhurst and Ore. Return to London from Brighton was on a service train.
(2) Booked via Primrose Hill. Presumed diversion caused by some form of major disruption as then severely delayed between Brondesbury Park and Kensal Rise.
(3) Booked via Parks Bridge Jn, London Bridge, Holborn Viaduct (reverse) but diverted direct to Nunhead to reverse to regain booked pathway.
(4) Passengers were allocated to travel one third of the tour in the 2-Bil unit; the changeover points being booked at Watford Junction (12.48 ~ 12.52) and Holborn Viaduct (16.18 ~ 16.30). The latter probably took place at Nunhead. 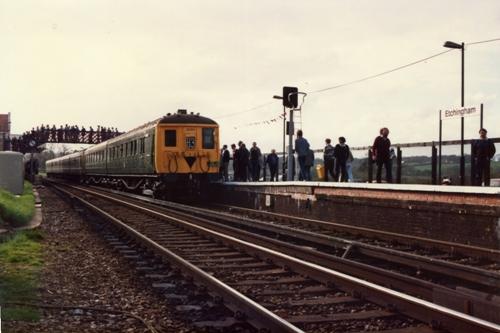 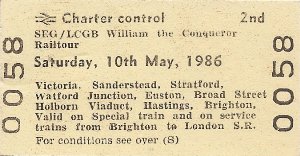 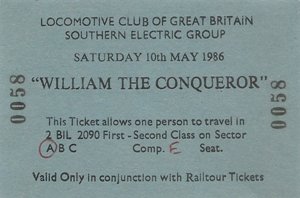 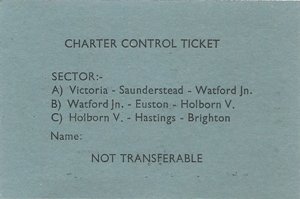