Notes :
(1) Passengers allowed to travel on ECS moves - Hastings to Victoria & return. LASERman comments: according to the drivers diagrams these workings were 04.50 from Hastings arriving at Victoria at 06.32 (crew stop at Orpington 06c08 for conductor driver) and 22.30 from Victoria arriving at Hastings 00.10 (with crew stop at Orpington 22c53 ~ 22c54). These working were also shown as 1Z25. A total of eight Southern Region drivers were diagrammed to work this tour throughout (2 each from Grove Park, St Leonards, Tonbridge and Victoria) with some working over two days making a total of 11 duties. I don’t know how many other crews would also have been involved conducting them once off the Southern.
(2) Break taken at Leeds while units went to Neville Hill for re-fuelling. 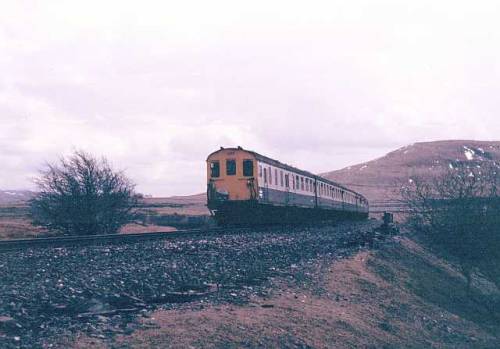 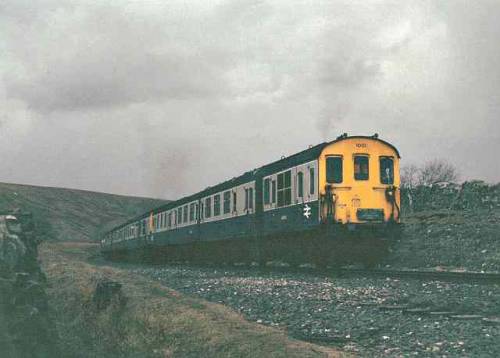 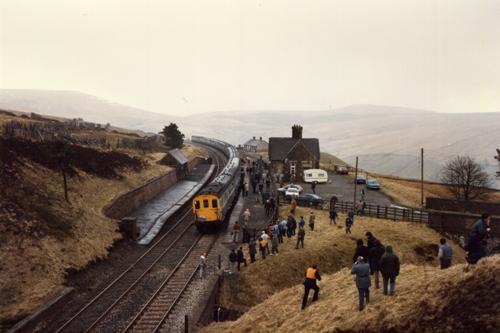 Dent - close to the highest point a Hastings unit has ever been (photo:  LASERman)