Notes :
(1) Advertised route was via Southampton and Netley.
(2) The booked routing from Horsham was via Guildford and Woking but due to a landslip the train ended up going via Dorking. Nick Lawford adds: an interesting footnote is that RA7 locos such as 45s - and even Co-Co's like 47s and 50s - were banned outright over the Mid Sussex route via Horsham which the train took. Control were obviously not watching on this day!
(3) 73002 on rear.
(4) 73005 on rear.
(5) Nigel Curtis comments: by the time Victoria was reached, the tour was one hour late - as David Maxey said in Rail Enthusiast mag, we fell back on to RST - Railtour standard time!, 73002 was hammered down the south west mainline to Woking, in fact, we made up 8 minutes on the juice. We also became the first railtour to cover the Eastleigh depot loop in darkness!! 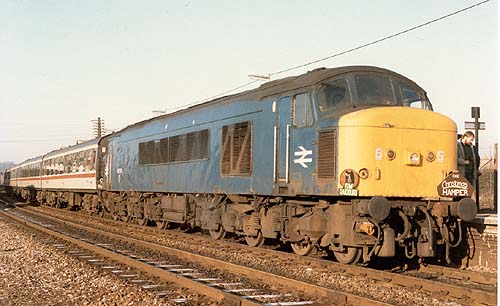 45131 pauses at Romsey on the outward leg (photo: Carl Nattress) 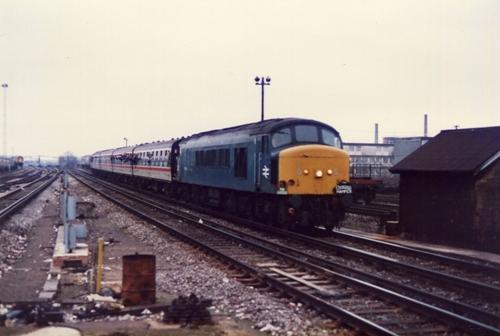