Notes:
(1) 73001 on rear.
(2) 33016 on rear.
(3) 47493 on rear.
(4) The additional pick up at Cranmore West platform on the outward leg was for participants who opted to visit the ESR Loco shed etc. and did not wish to walk back to Cranmore station.
(5) Alan Osborn had queried whether the train stopped at Cranmore station on the return from Mendip Vale or continued beyond to the BR boundary point for the loco change - Andy Pullar confirms the loco change took place at Cranmore station (in both directions).
(6) 92203 on rear.
(7) Andy Pullar comments : The train was signalled for the up main at Wimbledon. The train stopped in the up main platform, set back to West Jn and regained its booked route to Victoria via Streatham. I remember this part of the tour very well as a colleague of mine had recently been transferred to Wimbledon and was on duty on the platform at the time. 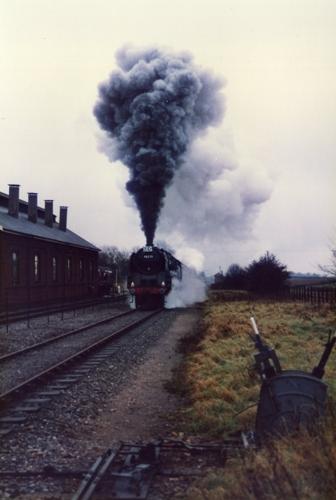 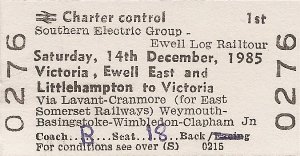