Notes :
(1) 25286 on rear.
(2) 25200 on rear.
(3) John Harrup comments: on the return trip from Maxwelltown the train was held for over an hour at Dumfries (Maxwelltown Goods Jn) awaiting a path onto the single line resulting in a late arrival at Carlisle. To make up time, permission was given for the pair of 20s to return via the WCML rather than the S&C as booked. Unable to work in Multiple due to a fault, so worked in tandem. Very exhilarating ride over Shap resulting in a slightly early arrival at Wigan North Western!! 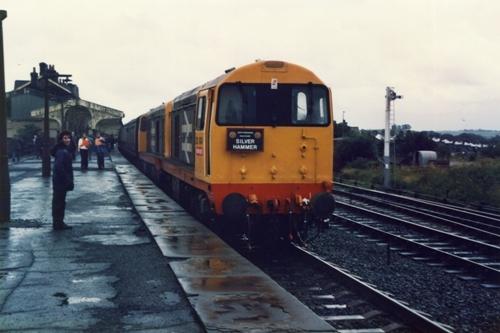 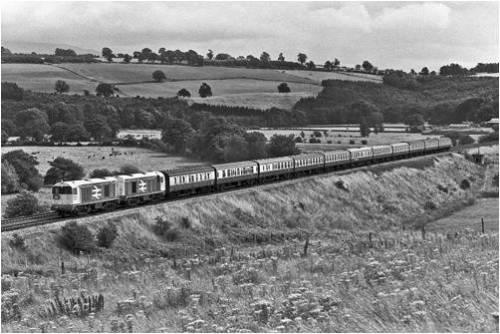 The 20's, northbound on the S&C near Lazonby (photo: David Ingham) 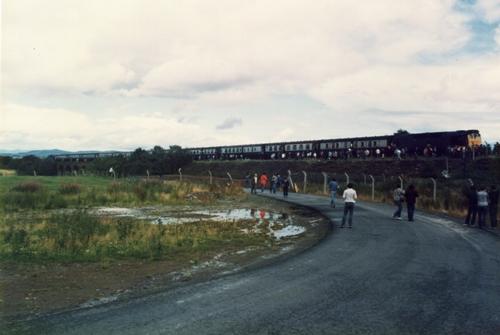 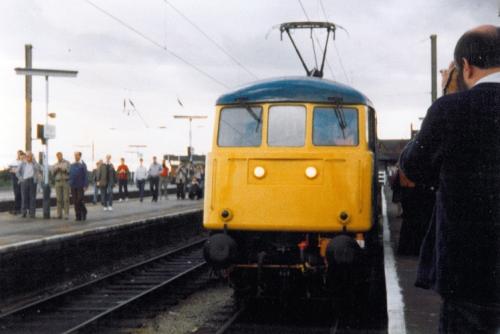 85035 in ex-works condition about to be attached at Wigan North Western
on the return leg (photo: Nick Blyth) 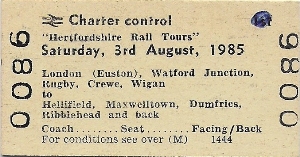