Notes :
(1) 37187 on rear. According to Adrian Nicholls; 37187 actually banked the train on the steep section of line between the Ebbw Valley and Sirhowy Valley as the train was load 10 despite being double headed the Crompton's struggled to lift the train onto the Oakdale branch after slowing for the token at Lime Kiln box. I have checked my haulage records for this tour and recorded 37187 as pushing from the rear from Lime Kiln Junction signal box to a point beyond Penar Tunnel where the line reaches a summit. I had shown it as banking for at least 5m 18ch which equates to about the site of Penar Junction.
(2) Adrian Nicholls comments: This tour also travelled further than the normal 'first set of facing points' at Oakdale Colliery and I have photos of the 2x33's stood at the 7m 45ch point where the sidings converged to form the Colliers Arms headshunt/former Markham Colliery line. This location was also once the site of Colliers Arms Junction signal box beside a minor road to the Colliers Arms pub.
(3) 33028 + 33057 on rear. 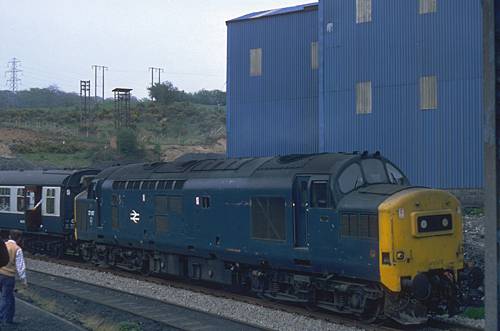 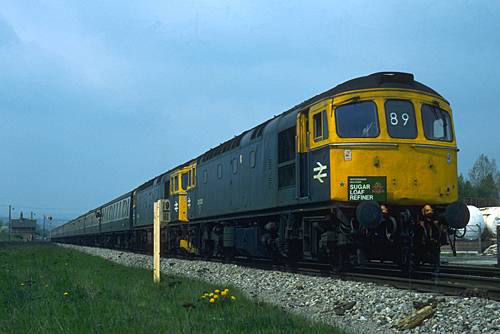 Timings (Booked Only)
(from Adrian Nicholls)