Notes :
(1) Adrian Nicholls comments: I used this BR Merrymaker excursion as a means of getting home to Maidstone off the F&W Eireann Counties Crusader tour so no return details I am afraid. I think it safe to say 47613 worked back although there was another ADEX the same day from Aberdare to Ramsgate running as 1Z27 but I doubt they swapped locos for the return to the Western Region. It was a typical Easter Bank Holiday weekend (i.e. wet and cold) lord knows what possessed BR to run an excursion from one seaside town to another on the other side of the country and suffice to say it wasn’t well loaded. I Think there was a no extra charge add on for passenger to use service trains between Ramsgate and Canterbury West if they so desired. 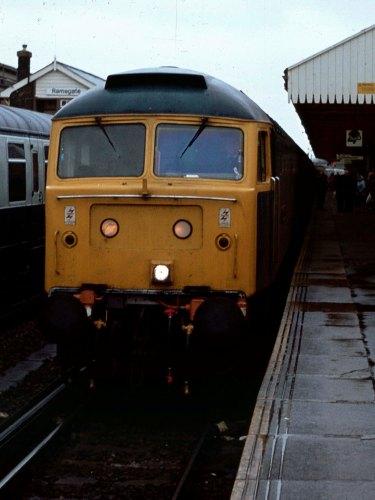