Notes:
(1) 33110 on rear.
(2) 33106 on rear.
(3) Alan Osborn comments: Confusion over the many Acton stations, the train ran non-stop through South Acton and stopped at Acton Central for a crew change (pilotman) unfortunately the pilotman was waiting at South Acton station!! As we were blocking the line now at Acton Central the pilotman couldn't meet us on a following train and had to be driven by road (note: the scheduled timings do not advise a stop at South Acton and Acton Central is not giving a timing, so presumably an error in the working timetable).
(4) As a result of the late running progress was further hindered following a local service train as far as Princes Risborough. 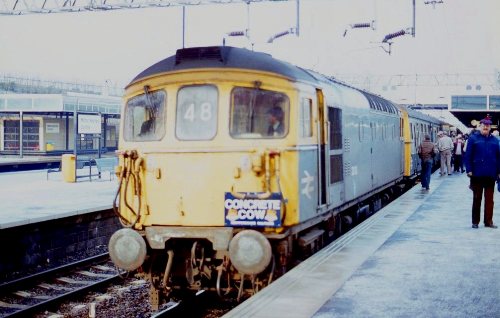