Route: 1Z27 throughout
(the tour ran with SR Headcode 48 at least as far as Cardiff, as seen in picture 1)

Notes :
(1) Bill Lynch comments: Given the number of Cwms there are in Wales (including another unsuffixed "Cwm" in the Ebbw valley with a one-time colliery linked to a certain Six Bells Colliery -where have I come across that name?!), I suggest spelling out that the Cwm in question here is also known as Cwm Llantwit, on the outskirts of Llantrisant. The itinerary implies reversal at "Cwm Colliery and Coke Works", and the mileages imply the same point as for the "Midland Welshman" on 14 May 1977: "near the ground frame giving access to the NCB line curving L to the colliery".

Photo Review
(all photos from: 'Chris') 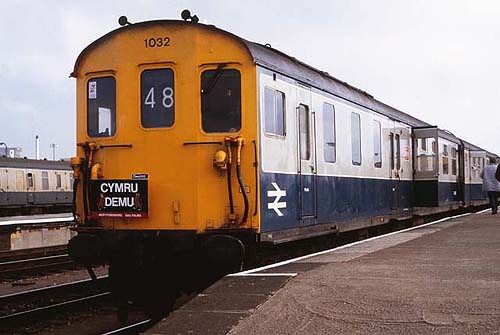 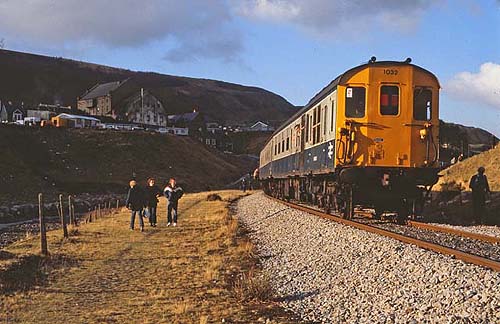 Two shots of the train at Maerdy. 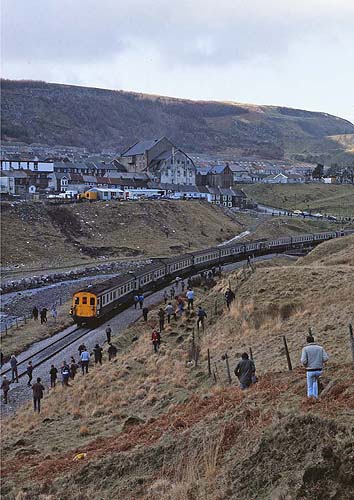 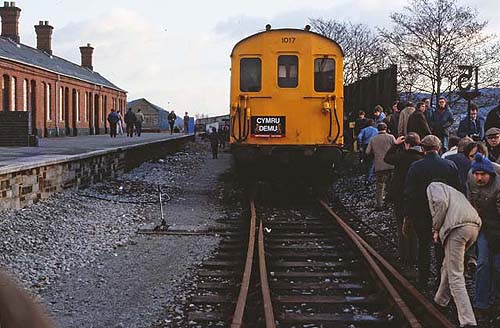 The train at Aberdare. 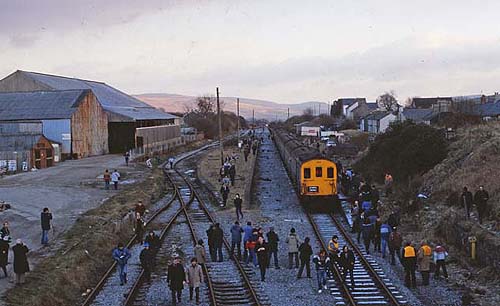