Notes :
(1) The idea was that the 37's would be swapped round for the return portions but there was a mess-up. As a result both portions stopped at Pilning (Plymouth portion first) so that the Birmingham people could scratch the no-heat 37127 before returning to their portion.

Andrew Crampton adds that the tour brochure carried the following tale:
The Bouncers Cheese Sandwich
Each morning, our Dave sets off for work with a packed lunch of a cheese sandwich which has been lovingly prepared by "Er Indoors".  In answer to his wifes' enquiries as to whether he had enjoyed his lunch, Dave always replied, "excellent, but it wasn't enough."  Lately his wife doubled his ration to two sandwiches, but this was still "not enough".  After a week had past and Daves sandwiches had been doubled in quantity each day, "Er Indoors" became somewhat puplexed by Daves appetite.  In desperation, she stayed up all night baking a loaf of bread measuring 24ft long by 4ft deep by 10ft wide.  She cut in half and filled it with 56lb of the best Cheddar.  When Dave came home from work that night, she asked "Did you enjoy your lunch ?"  Dave said "It was magnificent, but I see that you are back to the two slices. 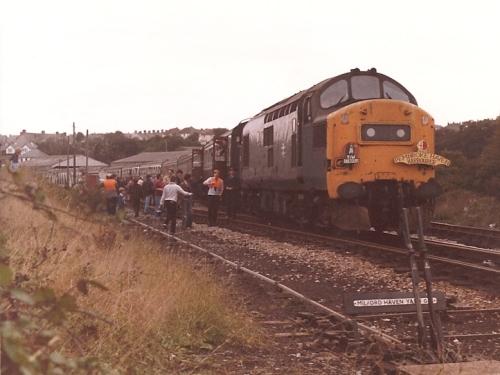 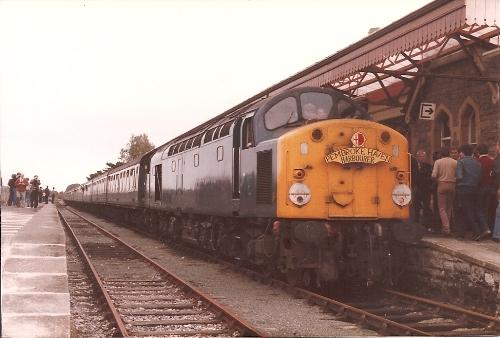 Timings : (Booked Only)
(from Duncan Jennings)