Notes :
(1) The trips were made to mark the centenary of the opening of the railway between Haywards Heath and Horsted Keynes in 1883. Services ceased on 28th October 1963. There was no alighting at Ardingley. Fare was £2 - or a package fare of £3 which included a bus link from Haywards Heath to Sheffield Park and a 3rd class return to Horsted Keynes on the Bluebell Railway. 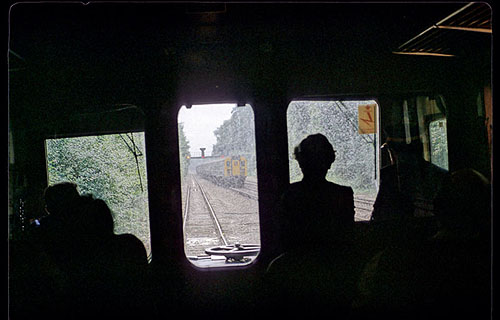 View from set L582 during the journey. 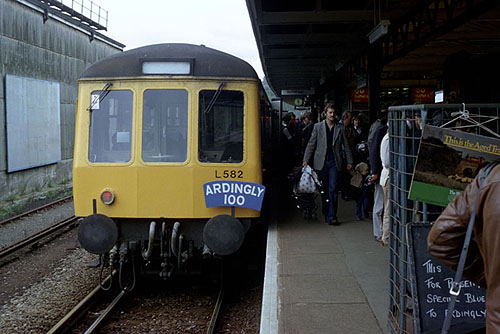 Timings (Booked Only)
(from Alan Osborn)