Notes :
(1) 08443 was used to release the stock. After releasing the class 20s the stock was propelled back into the station by the 08 but did not quite stop in time, resulting in a collision with the buffers. This caused some minor injuries amongst those who had managed to remain on board for the shunt manoeuvre. 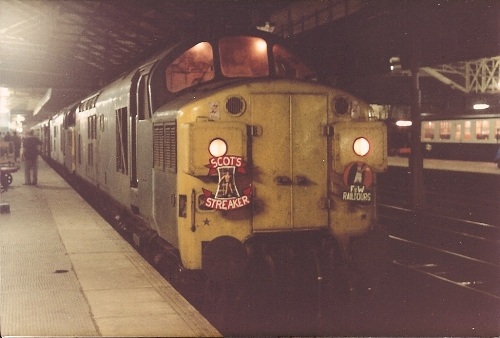 Timings (Booked Only)
(from Paul Griffin)

(sheet 3 of the timings has gone missing - Barnt Green back to Plymouth!)