Notes :
(1) As an alternative to continuing to Sellafield, a special was run on the Ravenglass & Eskdale, named the Chipolata!
(2) When photographed at Kents Bank Station the reporting headcode 1L02 was pasted in the brake coach behind the loco - was this headcode used throughout? 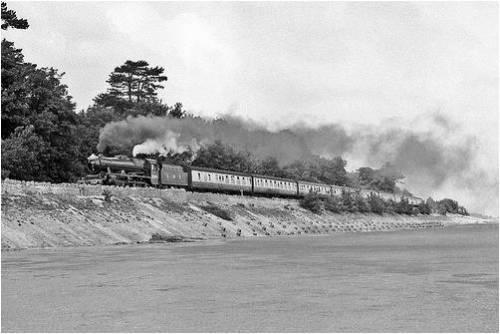 Source : Phil Wieland (On the train throughout)