Notes :
(1) Banked up The Lickey by 37135+37189.
(2) On the Sunday the train was originally planned to do the line from Carmyle Jn to Newton, but didn't.
(3) David Harlott records that 31187 was not working between Bristol and Taunton...the jumper cables not being connected.

Photo Review
(all photos by Roy Lambeth unless otherwise stated) 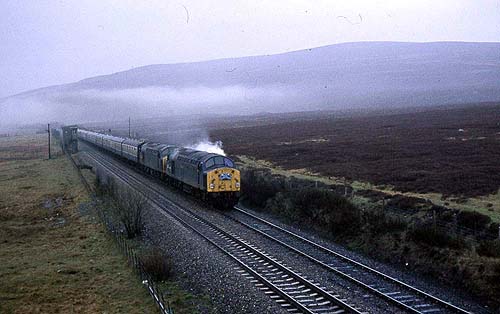 The 40's passing Dalnacardoch Lodge on the way to Aviemore. 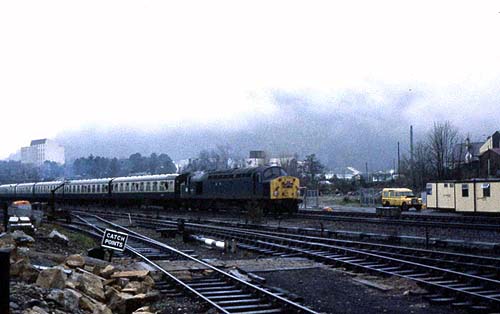 The Thurso portion at Aviemore behind 40084. 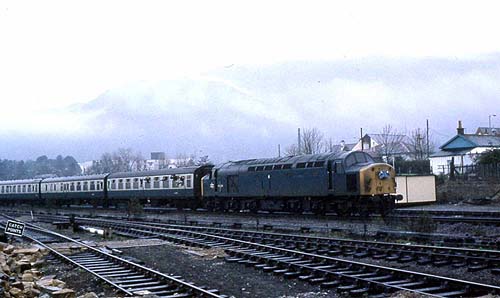 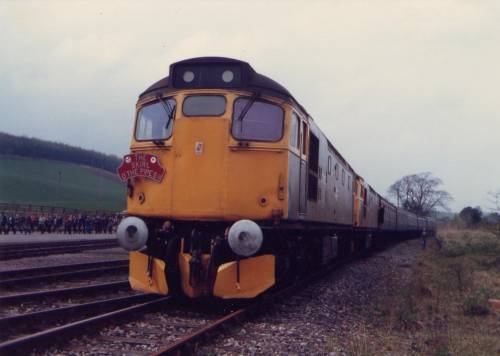 The train was also caught on camera at Dufftown by Duncan Jennings. 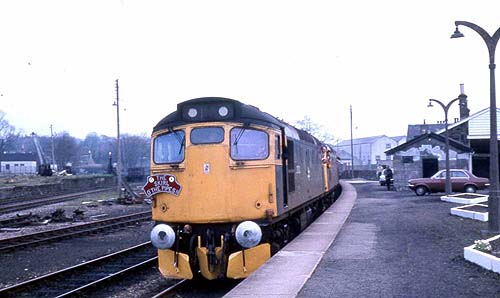 Another view of the train, this one being taken at Keith. 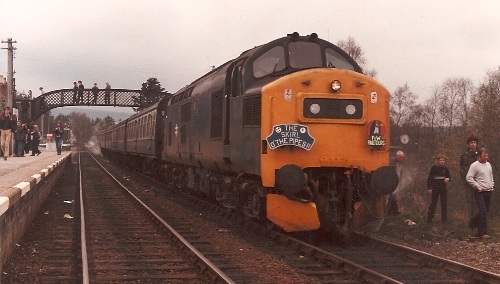