Notes :
(1) Tour destination was Swindon works for a guided works visit. David Dockray says the train ran into the works for passengers to alight however Ian Dobson disputes this saying that a walk was required from the station to works & back. Peter O'Brien put the matter to rest - he was stewarding on the train and confirms the train went into Swindon but passengers had to walk from there back to the station (i.e. as given above) and this is also confirmed by Steve Carter & Duncan Elsey.
(2) Route originally reported as via Gloucester with a reversal but David Dockray suggests the train went direct from Stroud to Cheltenham, this has since also been confirmed by Duncan Elsey.

Photo Review
(all photos: Steve Carter, except where stated otherwise) 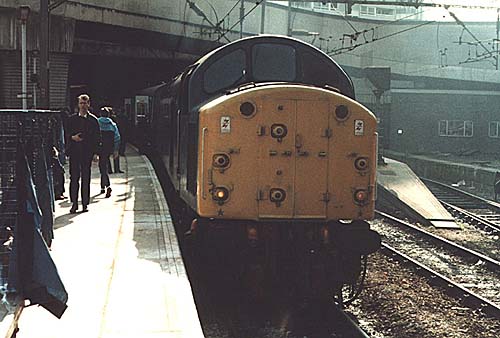 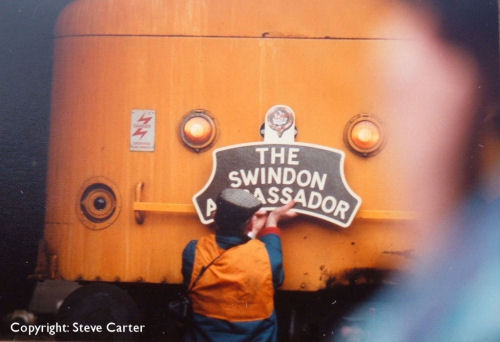 The headboard goes on 45012 at Birmingham New Street in the morning. 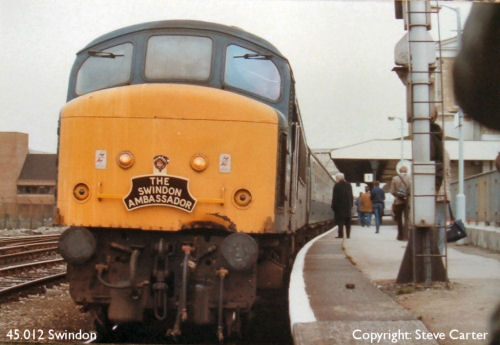 45012 at Swindon prior to departing homewards. 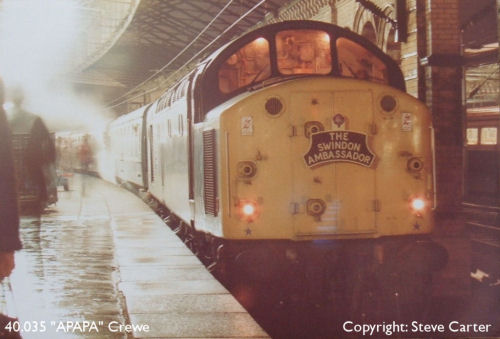 The timing sheet carries the apology "We regret that detailed timings on Western Region are unavailable". Nothing much changes then....