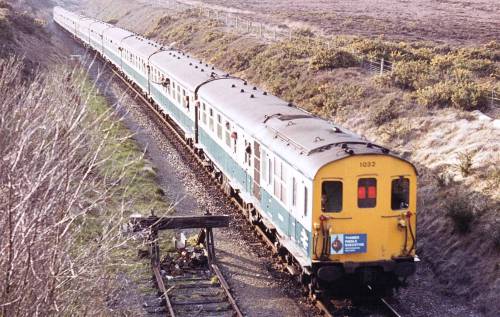 The tour is seen near Furzebrook Sidings (photo: Peter Cooper) 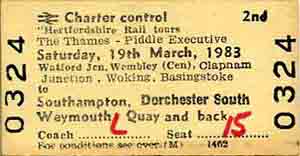 n.b. Timings between Furzebrook departure and Weymouth Quay arrival were altered after printing of itinerary (2 minutes later from Furzebrook with 5 minutes pathing time to Wareham and then forward 7 minutes later) because of a conflicting movement in the Worgret Jn area.