Notes :
(1) Some contemporary sources record this train as having run on 26th February but it has been confirmed it did not. 4472 'Flying Scotsman' did however work from York to Peterborough on the 26th, possibly light engine (confirmation required). Approximate published timings for this movement are included below for completeness.
(2) This tour operated with the SLOA Pullman train, with preserved saloon GE No 1 added at Peterborough. During the water stop at Newark the train set back on the Bottesford branch to clear the ECML for other trains. Such was the popularity of this run that it was repeated on the following two Sunday's. 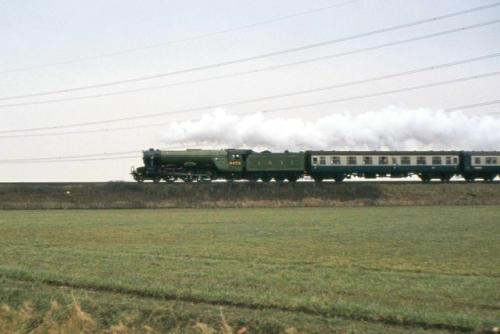 4472 running some 20mins late south of Newark (photo: Gordon Lacy)
4472 was carrying the 'Flying Scotsman' headboard at this stage. 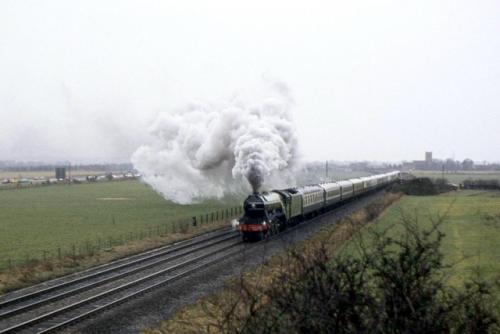