Notes :
(1) Part of the Flying Scotsman Diamond Jubilee Celebrations. Locos may have been used other tours the same day; 5407 listed originally as having worked Carnforth - Leeds - York and return and 4472 working Carnforth - Leeds - York (see also timings below). David Ingham recorded: 5407 hauling a three coach empty coaching stock past Long Preston heading towards Leeds. Then he saw 4472 at Clapham working the train running towards Leeds formed of 12 Mark 1 vehicles (including 8 Mark 1 Pullmans). Finally he saw 5407 at Skipton working the train running towards Carnforth formed of 10 vehicles.
(2) Stewart Henderson comments: At Carnforth 4472 was placed on the turntable whilst Alan Pegler and Russell Harty gave speeches. We stopped at Skipton for a crew change and photos.
(3) David Ingham also comments: I have found a SLOA advert in a Steam World magazine for the tour showing it was originally advertised as Crewe-Leeds-York-Crewe with steam hauled from Carnforth to York. From this I would assume the schedule was altered to running Euston to Leeds making the listed timings not quite correct. 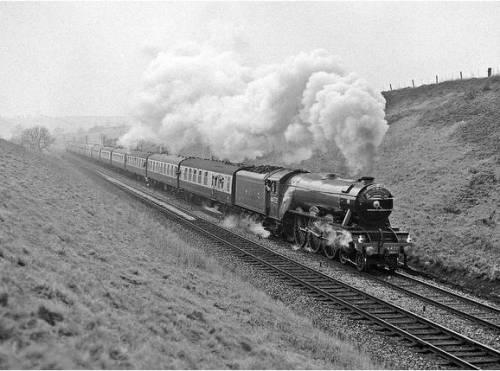 4472 powers past at an unspecified location (photo: David Ingham) 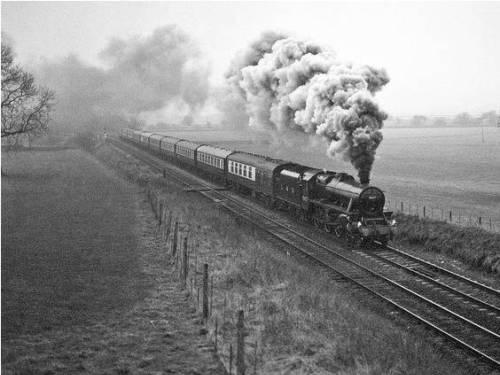 5407 powers past at an unspecified location (photo: David Ingham)

Timings ('Approximate' Only)
(from John Colwishaw)