Notes :
(1) Mark Hambly comments: there was a connecting coach Barnstaple (on return from Meeth) to Minehead for a run over the WSR (Pannier 6412 which failed at some point, necessitating change to the WSR's long-gone Park Royal DMUs for remainder of journey to Bishop's Lydeard) with coach then to Taunton to re-join main train. Incidentally also, the purpose of the call at Worcester Shrub Hill on the outward was to collect a Kitchen Car and RO to provide catering for part of the tour. 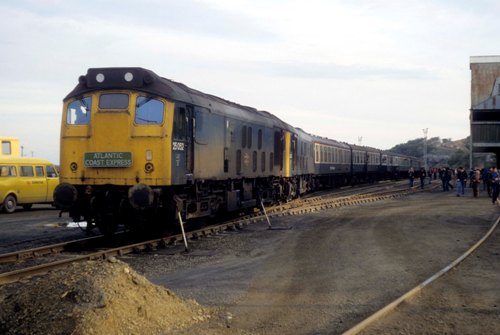 Timings (Actual Only)
(from Bernard Mills)