Notes :
(1) Booked route was reverse of outward. Routing from Birmingham to Wolverhampton unknown.

The Inter-City railtour started with a run from Birmingham New Street, dep 9.56am,  to Hereford, arr 11.28am with Brush type 4 no 47109. The Severn Valley pairing of 4930 Hagley Hall and Black 5 no 5000 (actually a National Railway Museum loco), ran satisfactorily throughout the day, although hampered by numerous overhead bridge slacks which applied to the Hall. Church Stretton summit was cleared at 45 mph, following a 30 mph slack beyond Craven Arms. On to Chester, the pair reached exactly 70 mph at Balderton. On the return, the pair climbed Gresford bank without falling below 29 mph, and reached 64 mph beyond Rednal. On the final section from Shrewsbury to Hereford, the locos were not pressed up to Church Stretton, falling to 27 mph, but did reach 66 mph at Onibury. At Hereford, 47109 worked us back to Birmingham, with a delay at Ledbury, a 14 minute stop at Worcester Foregate Street, stops at Kidderminster and Stourbridge Junction, and finally a diversion at Soho Jn, that took us via Perry Barr and Aston, thus bringing us into New Street facing west. Although I do not have any of the tour's scheduled timings, I have a note that the arrival at Birmingham was 64 minutes late. I suspect that a good proportion of that lateness occurred between the time of arrival at Hereford, 8.01pm, and the New Street arrival at 10.38pm. In the morning we had run down to Hereford in 92 minutes, including 3 stops. 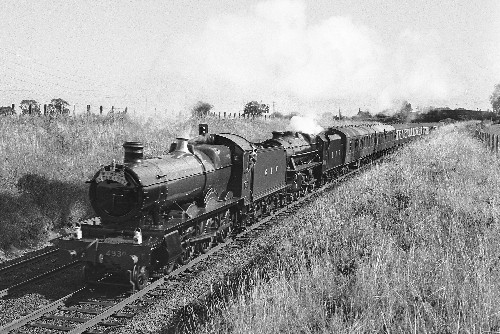 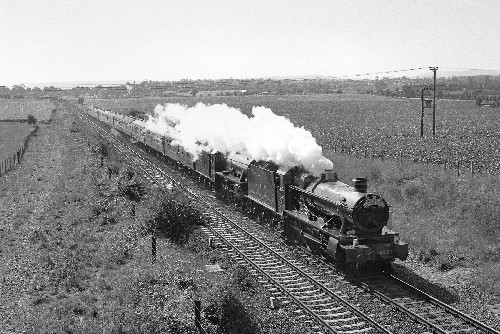