Notes :
(1) A loco bashers tour from London to Crewe combined with a private tour of the loco works whilst at Crewe. Such was the demand for tickets for this tour that a second train was laid on (1150 passengers in total according to the tour letter, and RPPR had another 1150 applicants for seats!). The same locomotives were used on both trains, although the routes differed slightly.
(2) Began as 31260 & 50001 but the 31 failed before the train set off! 31326 was sent from Old Oak Common and used instead.
(3) Confirmation of route between Stafford and Birmingham New Street required.
(4) Confirmation of the route for 1Z68 is required. 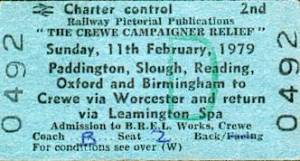 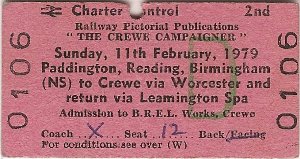 This was my fifth railtour, third one with Railway Pictorial Publications Railtours or RPPR for short. The brief was relatively simple by 70's standards, though probably not achievable in this day and age - two trains (such was demand for tickets) between London and Crewe, eight locomotives in four pairs, being swapped from tour to tour so everyone had all locos for haulage by the end of the day. At Crewe there was a loco works visit arranged.

In common with the previous RPPR tours I was on it was the band of three - myself, Bruce & Guy who were transported to Paddington by one of out Fathers. We arrived to find our train ready to go, 31260 leading 50001 at the head. The trip was originally advertised for a pair of 50's but the WR had banned the use of pairs of 50's hence the mixed pairing.

In a bizarre twist of fate the 31 got its on back on the WR for their policy - by failing just as departure time arrived! In those days of course that was not the show-stopper it might now be - a quick swap was arranged and 31326 took over and we departed less than 30 minutes late. Ours was the second train, the first (the "relief") having been booked to depart (with 31208/256) just after 7.30 that morning (but in reality ran around 25mins late). Whilst the locos were used on both tours, the routing of each was slightly different - both routed via Oxford & Worcester to Birmingham (for a loco change) but then 1Z68 getting to Crewe via Shrewsbury whilst 1Z69, which I was on, taking the direct route via Stafford. Returning in the evening both trains were to take the same route - Crewe, Stafford, Bescot, Aston, Birmingham New Street (loco change), Banbury, Oxford & London.

By Evesham, where we had a photo-stop, we'd halved the late running deficit. 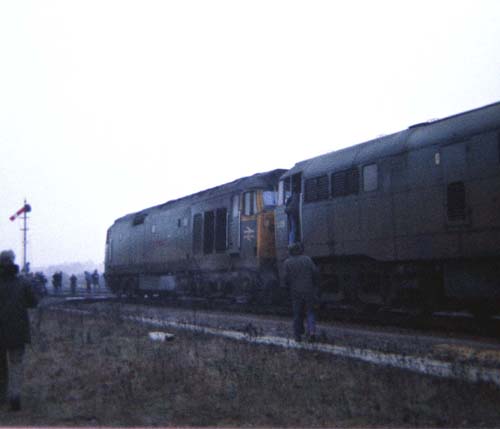 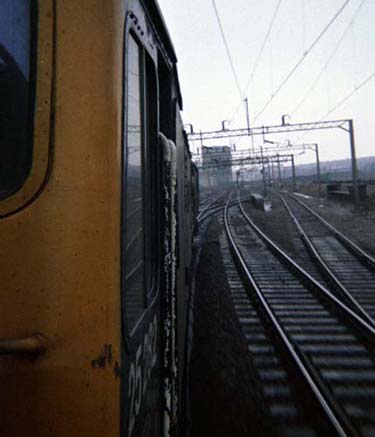 We had another photo-stop at Stafford. My colleague Bruce decided we would be the first to the front to get our photos so as soon as the train stopped he was out the door and made a bolt for the front - unfortunately he very soon discovered it was not the best idea to try and set up his camera whilst running...as a result of the distraction he ran straight into a lamp-post! I fired off a quick shot whilst the train-crew were picking him up from the platform and took him into the cab of 25277 to check he was OK. At least it got us into the cab! 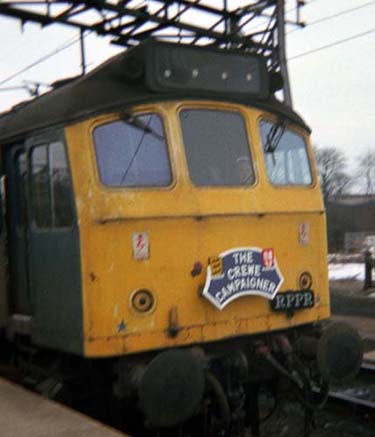 The best I could manage in the circumstances!

Bruce being Bruce he was more bothered about whether he'd damaged his camera than giving any regard to the large bump already forming on his forehead! I think it was offered to de-train him to go to hospital but he was having none of it (though I recall he managed the following week off school with concussion!). 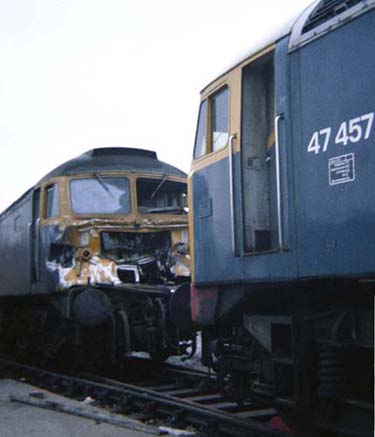 47204 looking somewhat the worst for wear! 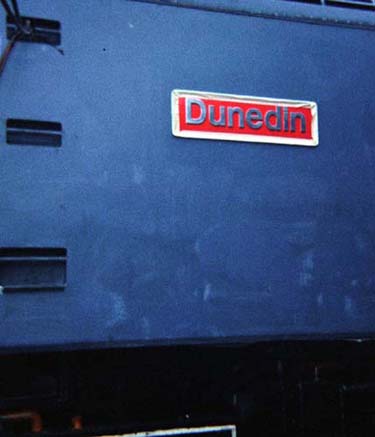 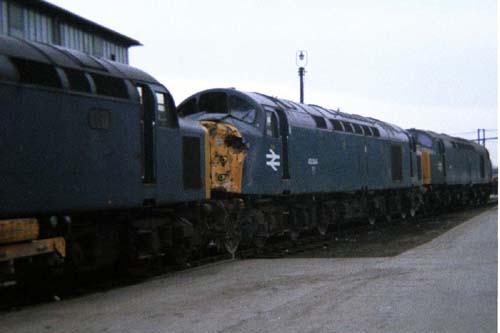 40044 was another loco being shopped out-of-turn due to mishap.

Back at Crewe station and it was a pair of class 40's for us back to Birmingham, from where it was a pair of 31's home - can't say I remember much of the journey except the thrash from the 'whistlers'!

A superb day out - as mentioned already quite simple by the standards of the day but quite adventurous by modern day standards!