Notes :
(1) Train carried headboards 'ADRAC' (Aylsham and District Rail Action Committee) and 'LCGB Croydon Branch'.
(2) Originally there was a tour also uploaded as having been organised by the Railway Invigoration Society and run on 17th September but this was in error. 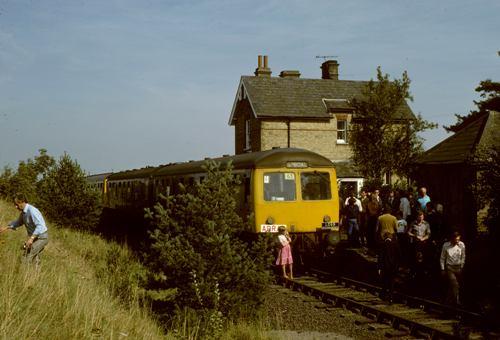 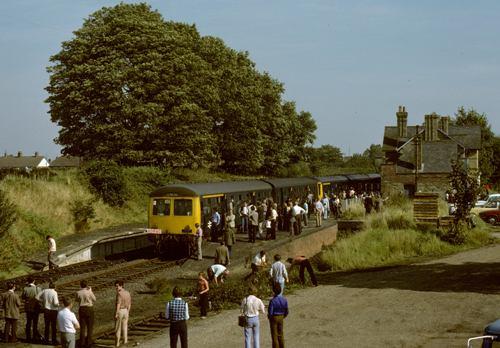 ...and at Reepham (photo: David Pearson) 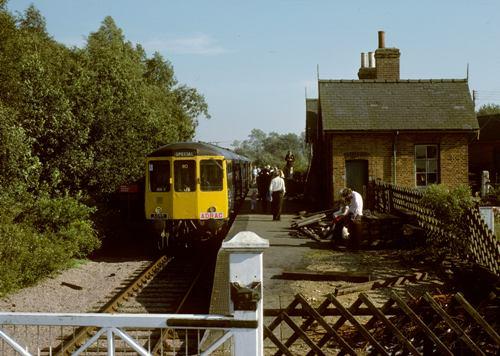