Notes :
(1) Route confirmation required. Date confirmation also required although this is believed correct - 55015 is also shown as running an identical tour to Skegness the following Saturday (20th) however that is believed to be in error as 55015 was also reported on that day working 1L06 10.40 Kings Cross – Bradford. 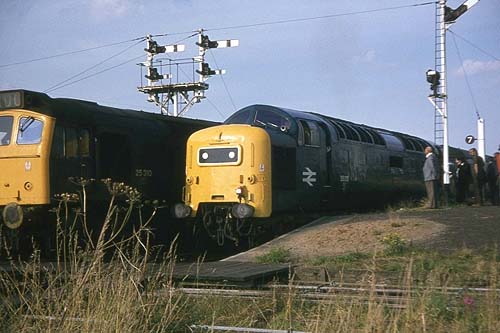