Notes :
(1) The driver was routed via Litchfield which he did not sign, so the train ran round in a circle then went as booked past Saltley.
(2) Chris Bracey comments: As only a small number of the passengers actually wanted to go to Inverness a DMU was used so that those who did go could have the rare chance to see the line from the front of the train. 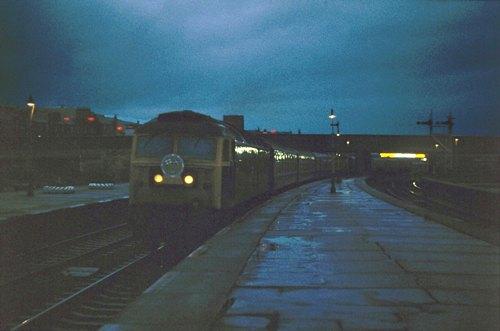