Notes :
(1) Tour was run to commemorate the 30th anniversary of the 1948 Steam Locomotive Exchanges.
(2) William Shelford comments: Departure from Watford Junction of Train 1 was late owing to an earlier railtour/special forgetting to stop at Harrow & Willesden and having to wait at Watford for its passengers to arrive by service train.
(3) Route & loco confirmation required - above is as booked. Advertised steam locos were 44871, 44932 & 4498 (though it appears from information received that 45407 was used instead of 44871). Tim Barber saw and photographed 4498 'Sir Nigel Gresley' at Sheffield (outward on train1) and at Edale (return on train 2). 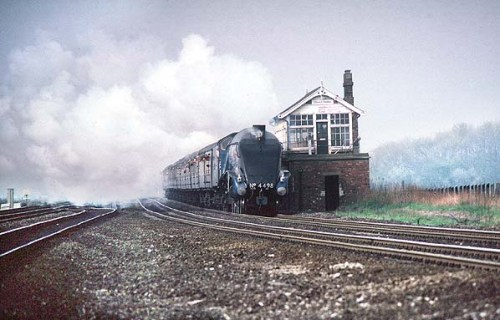