Notes :
(1) Organised by the Steam Locomotive Operators Association (S.L.O.A.) to celebrate the return to steam on the Settle & Carlisle line and as a tribute to D.W. 'Bill' Harvey for his contribution to steam preservation.
(2) Originally uploaded as going via Guide Bridge. 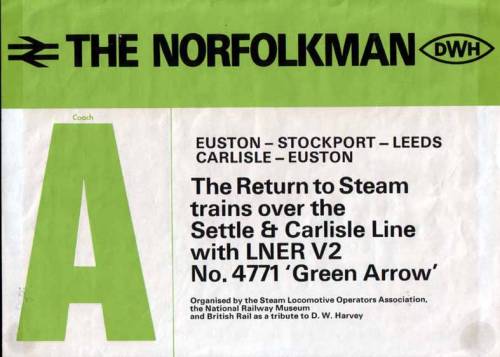 The train route descriptor, from coach A. 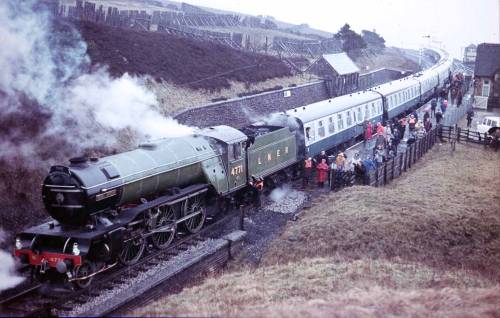 4771 at Dent during a photostop (photo: Peter Cooper) 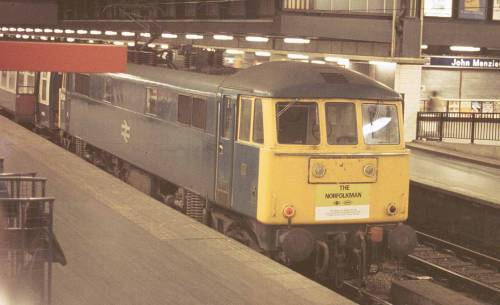