Notes :
(1) Gordon Lacy comments: Although the return was advertised back via Queen Street, the STN showed only the locations/times as above.  As a consequence, 'the powers that be' routed the train back via the outward route, to the dismay of the Deltic fans who were expecting to be at the front, both ways!
(2) Train was held at Severn Tunnel Junction due to a points failure in the area. 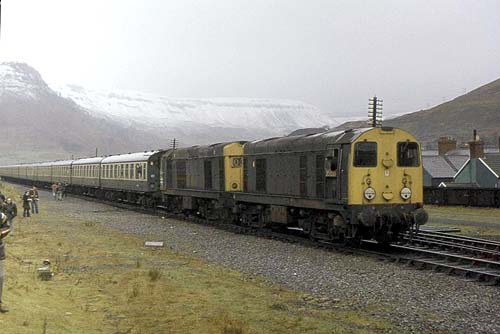 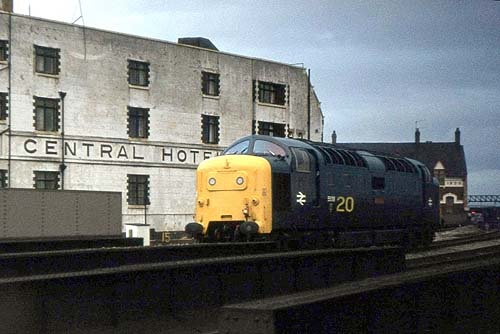 55018 runs past the iconic Central Hotel, Cardiff as it backs onto the stock. 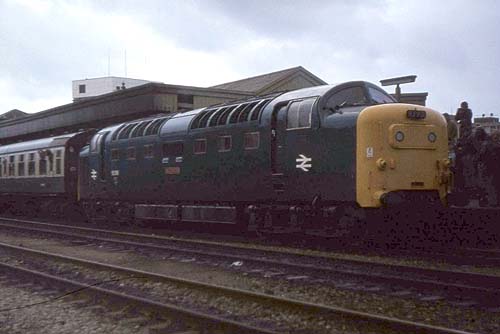 55018, now complete with 'headboard', readies for departure from Cardiff. 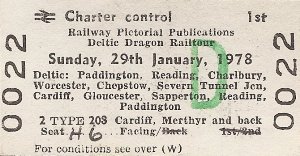