Notes :
(1) In reversing the order of the Class 25's at Carlisle the driver encountered severe braking anomalies on the run to Newcastle. Any brake application led to a sudden stopping of the train, so much so at Haltwhistle that the Class 25's stopped far short of the platform and then required some considerable coaxing to get the train restarted. On the return journey over the Pennines the heavy train, a speed slack at Hall Royd and the traditional autumn leaves led to the train stalling on the approach to Copy Pit summit. After much sanding of the tracks by the locomotive crew including the Chief Locomotive Inspector of the Preston Division and with the locomotives driven individually rather than in multiple the summit was eventually crested some thirty minutes late. 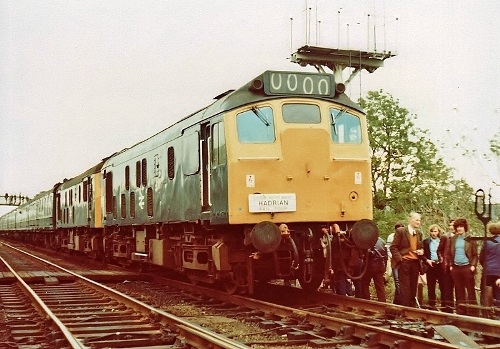